“I’ve been approached by people asking for the next steps. There is a call for action.”

17 January 2019 – Eirikur Steingrimsson’s testimonial of EMBO’s research integrity workshop shows that starting a conversation about the topic of responsible conduct of research can result in further-reaching action.

In addition to being an EMBO Member, Steingrimsson, of the University of Iceland in Reykjavik, currently holds the position of vice-president of the European Molecular Biology Conference (EMBC), EMBO’s intergovernmental funding body. It was at an EMBC meeting that he first heard about the research integrity workshops EMBO has been delivering at institutes and universities in EMBC Member States. Feeling that researchers at the University of Iceland would also benefit from such a workshop, he approached the EMBO Science Policy Programme, which then organised a workshop that took place in Reykjavik in April last year.

Raising awareness of the subject

EMBO initiated the workshops – initially as a pilot – in 2016 to raise awareness of the importance of conducting research in a responsible way and to contribute to fostering responsible research practices in Europe. Programme Head Michele Garfinkel and Programme Officer Sandra Bendiscioli have since visited ten institutes in nine countries, working with an EMBO Member as local co-organiser to deliver tailored workshops on research integrity to up to 30 participants at a time.

The feedback from the approximately 25 postdocs and young group leaders who participated in Reykjavik was overwhelmingly positive, says Steingrimsson. “They were really happy that the university was thinking about this subject and to have the opportunity to hear and talk about it.”

In addition to leaving an impression on the participants, the workshop led the university to look at how awareness of responsible conduct of research could be further increased to ensure the workshop wasn’t just a one-off event. “After the course we brought together the administrators and people organising the graduate programme to talk about where the university stands,” he says. “There are things happening: for example, everyone in the graduate programme is required to take a research ethics course since 2017. But unfortunately I’m not yet aware of anything similar for more senior scientists.”

A focus on data management

The importance of following up the workshop with concrete steps is something that EMBO Member and Council Member Claudio Sunkel echoes. He co-organised the EMBO research integrity workshop that took place at the i3S Institute in Porto, Portugal, in January 2017.

“The workshop was excellent,” he recalls, “people came out with a very clear view on what is proper research conduct and what it is not. And because parts of the workshop were open to everyone, we were able to bring that message across to lots of people.”

The institute already has an ombudsperson to deal with research matters, but, Sunkel says, it is also looking to hire someone whose full-time position is dedicated to research integrity and ethics. For now the i3S has integrated the topics of research ethics, misconduct and responsible research data management into the training for PhD students and postdocs and has also embedded research integrity into some of their career development courses.

We want to make people aware that they need to be very conscious of what they do with data and how they manage them.

Sunkel explains: “We want to make people aware that they need to be very conscious of what they do with data and how they manage them.” However, he adds, it would be helpful to also have something in writing, such as a booklet summarising the most important points, to distribute to all staff and encourage discussion to ensure that everyone at the institute is on the same page.

The importance of strong mentorship

The second element he stresses is the importance of mentorship to transmit the values of responsible research practices and the knowledge necessary to work responsibly. Following the EMBO workshop, the participants began sharing what they learnt, making others aware of the types of questionable practices that might occasionally be followed but that one is not supposed to use. “That also reflects on the importance of mentorship,” says Sunkel. “It’s important to mentor the mentors, because you have people coming out of a postdoc, starting to run their own lab and they know very little about these things.”

Strong mentorship is also something that Claire Hivroz at the Institute Curie considers crucial in establishing responsible research practices at all levels. Together with EMBO Member Genevieve Almouzni, Hivroz co-organised an EMBO research integrity workshop at the institute in Paris, France in June 2017.

“Following on from the workshop and discussions with Michele and Sandra, we have organised four sessions for young PIs last year,” says Hivroz. She explains that the sessions were structured more broadly around wellbeing in a research group but also included research integrity, adding that “these things are linked. When people have confidence in their supervisor, they also feel much more confident to ask questions and are clear on what is expected of them.”

Finding the best way to train

Another activity put in place at the Institut Curie is a three-hour session on research integrity for all new PhD students. Delivered by two group leaders or a group leader and a postdoc, these workshops give participants the chance to think about the subject, to ask questions and to participate by telling their own stories.

“These sessions are mandatory for all PhD students,” explains Hivroz. “But the real challenge is that with 60-70 new students and a participant limit of around 15, we have to organise quite a few sessions a year.” She says the institute also thinks about offering online training in research integrity through a massive open online course. However, she says, “some of the feedback from those who already followed such a course has been that people end up ‘click-clicking’ without thinking about the subject. So we really need to find the right mix.”

Listening to all three co-organisers, it becomes clear there is a need and desire to discuss research integrity issues. The EMBO workshops have had an impact in raising awareness and triggering additional activities. Yet for many researchers and institutes the challenge remains how to best and most efficiently foster responsible research conduct. As Steingrimsson puts it: “It’s a live issue that doesn’t go away. It needs be kept alive and one of the most important questions is ‘how do we do that’?”

“The idea was not to waste reviews” 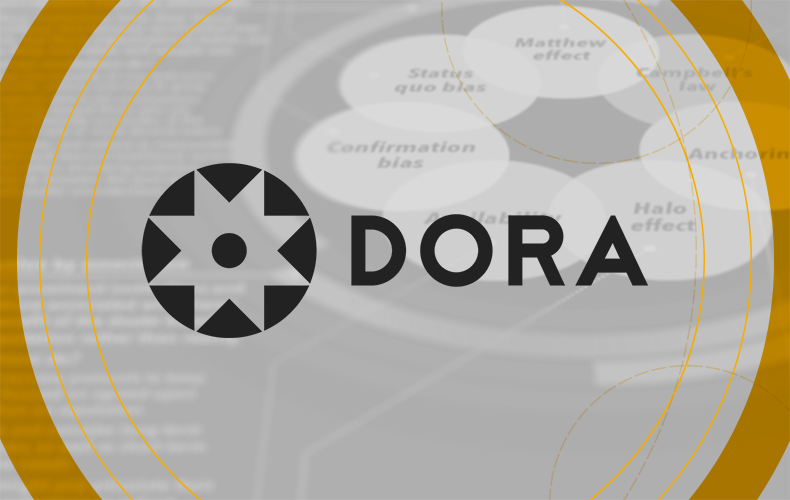 The Declaration on Research Assessment (DORA) received a 1.2 million US dollar grant that will support the development of new…