From our beginnings to today 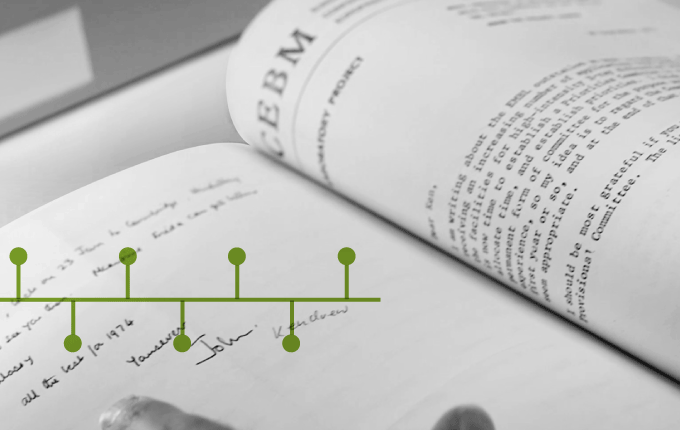 The origins of EMBO date back to 1963, when a group of leading European biologists gathered in Ravello, Italy. They came together to discuss proposals by John Kendrew and Conrad Waddington to establish an organization and laboratory for cooperation in molecular biology. Both proposals were endorsed and in July 1964, the European Molecular Biology Organization (EMBO) was officially born.

The Ravello meeting laid down two initial goals for EMBO – the creation of a central laboratory and the establishment of networking activities to enhance interactions between scientists across Europe. To pursue these goals, two committees were set up. The efforts of the Laboratory Committee led to the establishment of the European Molecular Biology Laboratory (EMBL).

The Federal Organization Committee became the motor for the EMBO Fellowship Programme and Courses & Workshops Programme. The Ravello meeting also saw the election of Max Perutz as the first EMBO Chairman and John Kendrew as Secretary General. Thanks to the efforts of Eduard Kellenberger, EMBO was awarded official legal status on 12 July 1964.

The Volkswagen Foundation provided start-up funding for the organization and EMBO initiated its first networking activities including fellowships, practical courses and the election of 140 biologists as the first EMBO Members.

Through the formation of the European Molecular Biology Conference (EMBC) as a permanent intergovernmental body in 1969, EMBO was able to gain the necessary political support for its long-term projects. Fourteen governments joined the EMBC initially, providing the organization with stable funding and scientific independence.

EMBO as an organization was led by

As Secretaries General have been serving or served amongst others: