The pandemic has shown how preprints accelerate the dissemination of research findings, but it also highlights the crucial importance of peer review. 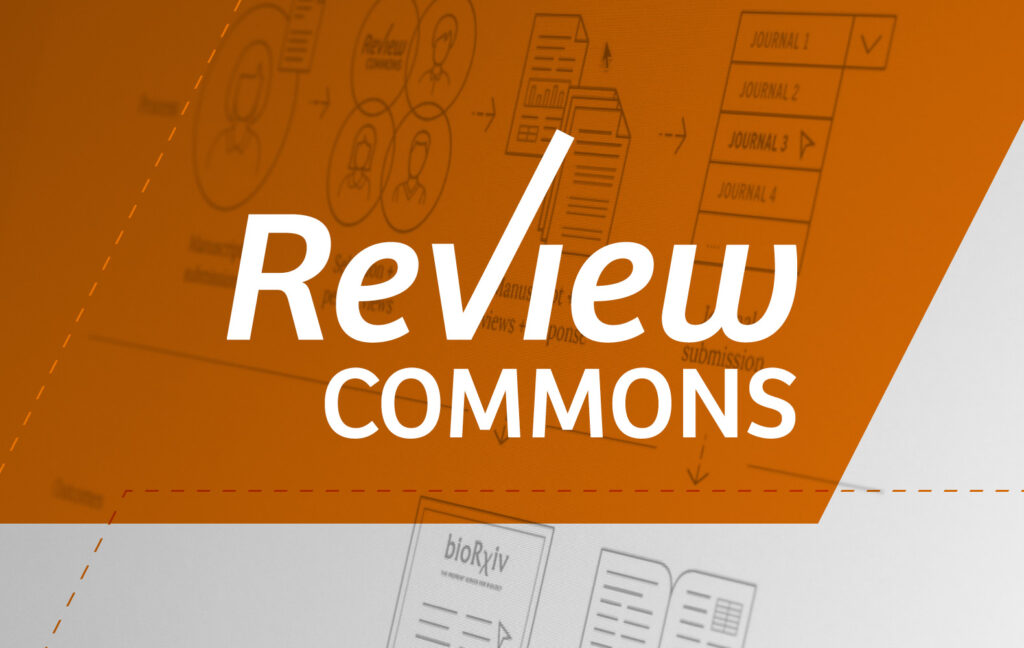 1 July 2021 – The practice of sharing preliminary results on preprint servers has surged in popularity. The COVID-19 pandemic has highlighted the need for rapid communication of research findings, with preprint servers being flooded with studies. In December 2020, preprints constituted nearly 10% of all the content posted to the biomedical research repository Europe PubMed Central — a 10-fold increase from just five years earlier.

Unlike journal articles, which are peer reviewed, preprints are made available to the public without undergoing expert evaluation. Making manuscripts immediately available on preprint servers allows researchers to accelerate the sharing of information. But there is also potential for the dissemination of flawed results. Without peer review, it’s hard to validate claims and assess the quality of research work — especially for non-expert readers. The spread of flawed biomedical research findings in traditional news outlets and on social media can cause real harm.

The comment section of preprint servers such as bioRxiv provides a forum for readers to express their opinion, but these comments often lack the depth and rigour offered by a formal peer-review process. It may also be difficult for readers to discern the expertise and credibility of online commenters, as well as their potential conflicts of interest. Furthermore, while manuscript submissions to bioRxiv have soared in the past few years, the number of comments on the public server appears to have levelled off. More recently, many scientists have taken to Twitter and other social media platforms to discuss preprints. The speed of social media in debunking flawed science can be remarkable. However, this medium can also lead to emotional or disruptive comments which are of little help to either authors or readers.

Peer review in traditional scientific publishing can weed out poorly-done work, identify flaws in design and analysis and suggest improvements, but the process is involved. Journal-based peer review requires a significant time investment by authors, reviewers and editors, especially when rejected manuscripts are submitted to several journals, each of which in turn starts the review process from scratch. According to American Journal Experts, researchers spend about 15 million hours every year on redundant peer-reviews.

It is in the interest of everyone — including the scientific community and the public — to save researchers’ time yet have a thorough evaluation process. To reconcile the key role of peer review with the need for rapid dissemination of research results, EMBO and the scientist-driven non-profit ASAPbio launched Review Commons, a platform that provides journal-independent peer review of unpublished manuscripts in cell and molecular biology. The platform, which debuted in December 2019, is operated by EMBO Press but is editorially independent from the EMBO Press journals.

Review Commons asks reviewers to evaluate the quality of a study and its relevance for a particular scientific field rather than to determine whether the study is suitable for a specific journal. After a single round of peer review, authors are allowed to respond to the referee report. Then, the manuscript, the referee report and the authors’ response to the report can be posted on bioRxiv or shared with one of Review Commons’ journal partners.

Refereed preprints offer rapid dissemination of results while including a constructive, transparent assessment of the research work. By allowing reviewers to assess the quality of a study rather than its fit with a specific journal, journal-independent peer review accelerates and streamlines scientific communication.

The benefits of refereed preprints are clear. Authors can reply in detail to a single journal-agnostic assessment. The referee reports can help authors to select a suitable journal for their work, saving them the time spent reformatting and resubmitting a manuscript to several journals. The ability to transfer referee reports across journals also helps to avoid repeated cycles of peer review, reducing the time that reviewers spend reading and assessing manuscripts. This makes the review process more efficient and favours the rapid dissemination of findings, while enhancing a preprint’s quality, reliability, and readability.

What’s more, as an increasing number of funding institutions allow the inclusion of preprints in grant and fellowships proposals, refereed preprints can also help those evaluating research to focus on the science rather than on the name or impact factor of the journal where the work was published. As such, refereed preprints represent genuine indicators of research quality, helping to inform funding and academic advancement decisions.

So far, 17 journals have committed to use the referee reports provided by Review Commons when deciding whether to publish a manuscript, rather than starting a new peer-review process with each submission. The identity of the reviewers will only be disclosed to the affiliated journals. Authors can also request Review Commons to transfer evaluations to non-participating journals.

The independent peer-review service, which is free of charge, has already garnered some attention. As of March 2021, Review Commons reviewed nearly 500 manuscripts, received referee reports from more than 1,000 reviewers and mediated the publication of 128 papers across 19 journals, including two non-affiliated journals.

According to an analysis of its first 18 months in operation, Review Commons reduces the time from the first submission of a manuscript until its publication in a journal from a median time of 253 to 181 days. Repeated cycles of peer review were virtually eliminated for papers published through the Review Commons process, and the average number of journal transfers prior to final acceptance was less than 2. Moreover, Review Commons dramatically accelerated the dissemination of peer-reviewed research: the median time to posting of refereed preprints was only 71 days.

A survey of authors who have used Review Commons shows that the vast majority considered that the quality of referee reports was equal or superior to reports received through the traditional journal submission process.

Review Commons is a bold new experiment in scientific publication and important challenges remain ahead. What incentives can encourage authors to publicly post the review process before publication? Will funders cover the costs of refereed preprints posted by their researchers? Will the broader life science and medical community embrace this level of transparency and openness?

It is still early days, but the results so far are very encouraging. Refereed preprints and journal-independent peer review add rigour to the exciting new medium of preprints and speed and efficiency to the traditional journal article.

This blog article originally was posted at The Commons, The Review Commons blog. 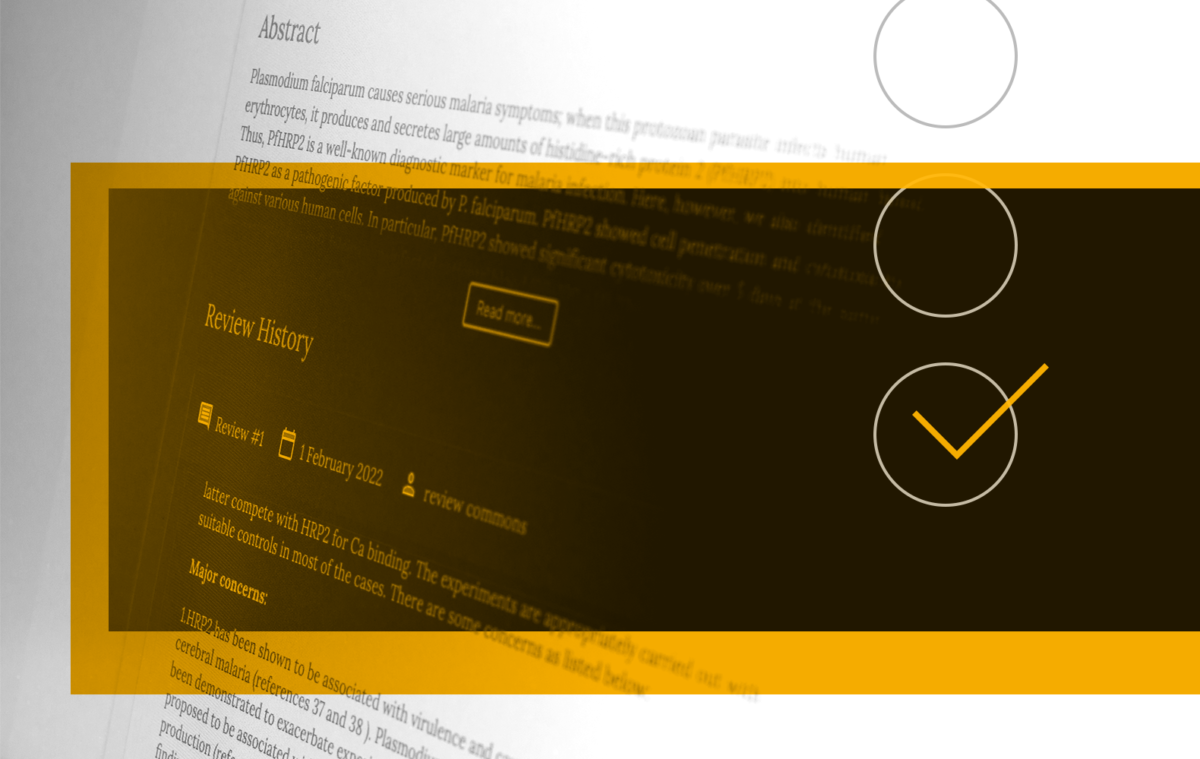 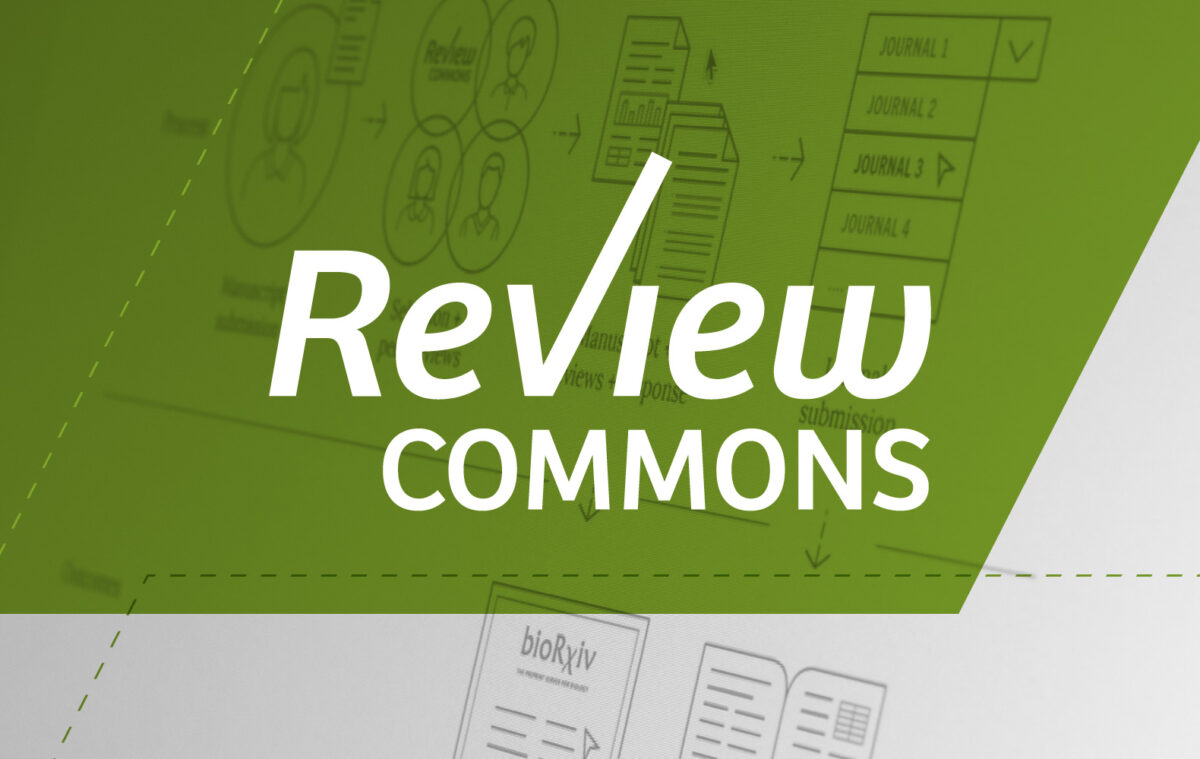