In remembrance of John Tooze

We are greatly saddened by the loss of John Tooze (1938-2021) who for two decades served as the EMBO Executive Secretary. 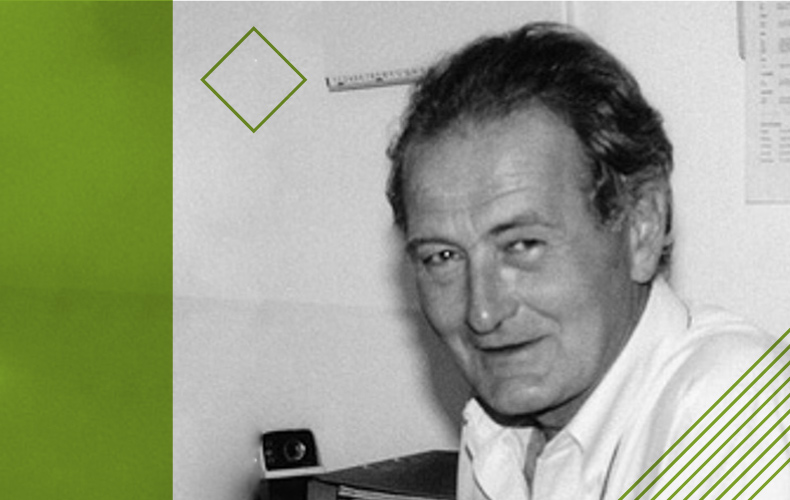 25 May 2021 – We are greatly saddened by the loss of John Tooze (16 May 1938 – 19 May 2021). John was a scientist, an editor, and an administrator who for two decades served as EMBO’s Executive Secretary. John successfully steered EMBO through its turbulent middle years, when the organization’s continued funding and survival were by no means certain. His cynosure was an unwavering commitment to EMBO’s core mission of promoting excellence in European molecular biology.

A graduate of Jesus College, Cambridge, John obtained his PhD in Biophysics from King’s College London in 1965. He then spent two years at Harvard as a postdoc in Jim Watson’s lab. John returned briefly to King’s, but soon realized that he “was not happy doing lab science”.  He was promptly recruited by John Maddox to join Nature as Assistant Editor in late 1967 and was later promoted to Deputy Editor. A few years later, when Michael Stoker was appointed Director of the Imperial Cancer Research Fund (ICRF), he recruited John to be his research administrator and unofficial talent scout.

It was Stoker who suggested to John that he should apply for the position of EMBO Executive Secretary in 1973. As John put it, “if your boss is telling you to apply for a job, it probably makes sense to do it.” Although he was interviewed at EMBO’s then headquarters in Brussels, John was immediately told by John Kendrew that the organization would soon move to a new site in Heidelberg. John drove to Heidelberg in his Citroen 2cv with several boxes of documents and a “recently plucked chicken”. Over the next twenty years, John ably administrated EMBO’s fellowship programmes, courses, and workshops; he also kept EMBO true to its core mission as it expanded, incorporating new member states, and as molecular biology itself evolved from an autonomous discipline to an underlying framework of all life sciences.

John’s influence on molecular biology transcended his role at EMBO. John represented EMBO at the 1975 Asilomar Conference and fiercely opposed the resulting NIH moratorium on certain types of recombinant DNA experiments. John lobbied against the restrictions and organized an EMBO/NIH workshop in Ascot in 1978 that was instrumental in changing the guidelines. John had even gone back to the lab to produce supporting evidence, collaborating on a 1979 Nature paper to demonstrate that recombinant viral vector sequences did not jump to the mammalian host cell genome.

When EMBO Council gave him the task of launching a journal, John was initially skeptical – was another journal necessary? John nonetheless proceeded to create The EMBO Journal essentially on his own, from finding a publisher to produce it, to editing the journal’s articles to the highest scientific standards – John insisted on editorial independence. The first issue came out in January 1982. The following year, Daniel Koshland reviewed the fledgling journal for Nature and gave it his highest rating: The EMBO Journal was worth stealing from academic libraries. John was devoted to the journal, even when perhaps he should have been taking a break: “I remember during a family holiday standing in a telephone box in a rainstorm on the Isle of Skye suggesting referees based on titles and authors of new manuscripts.”

John was the first recipient of the EMBO Gold Medal, awarded in 1986. The prize was intended to encourage young molecular biologists and he referred to his winning the award as “an interim measure”. He also served as Scientific Coordinator (1982-1993) and Acting Director General (1993) of EMBL. John’s role at EMBL went well beyond administrative functions – he was an active participant in meetings and workshops, was instrumental in launching the graduate programme, and conducted his own research. “He was very much part of the faculty and an important part of life at EMBL in general in addition to his role at EMBO,” said former EMBL Director General Iain Mattaj.

John left EMBL at the end of 1993 to return to the ICRF, now under the leadership of Paul Nurse. When Nurse was appointed President of Rockefeller University, he took John with him to New York as Vice President for Scientific & Facility Operations. It is impossible to list all of John’s achievements. We have not touched on his popular structural biology textbook, wonderful writing style, or his research – which included seminal observations on the cell biology of endocytosis and exocytosis, with an emphasis on viral infection models. His work on the sorting of coronavirus in the trans-Golgi network is cited in several current papers. One can only hope that a capable biographer comes along to tell his story with the detail it deserves. After having moved on in 1993, John never stopped being interested in our activities, kept on working as the co-Executive Editor of The EMBO Journal for several years and was always available to share his experience and wisdom with us. We shall miss his warmth and wit, his counsel, and his friendship.